The world has a few issues that are always hotly contested and discussed, and the origin of pasta comes into this category. The generally accepted theory is that Marco Polo returned from the Far East with the recipe, and it automatically became the standard dish of Italian cuisine. However, there are those who consider that what the intrepid traveller brought back to his home country bears little resemblance to the pasta that we know today. It is a matter for endless debate.

Nevertheless, there can be no doubt regarding the Ibizan origins of the macarrons de Sant Joan. 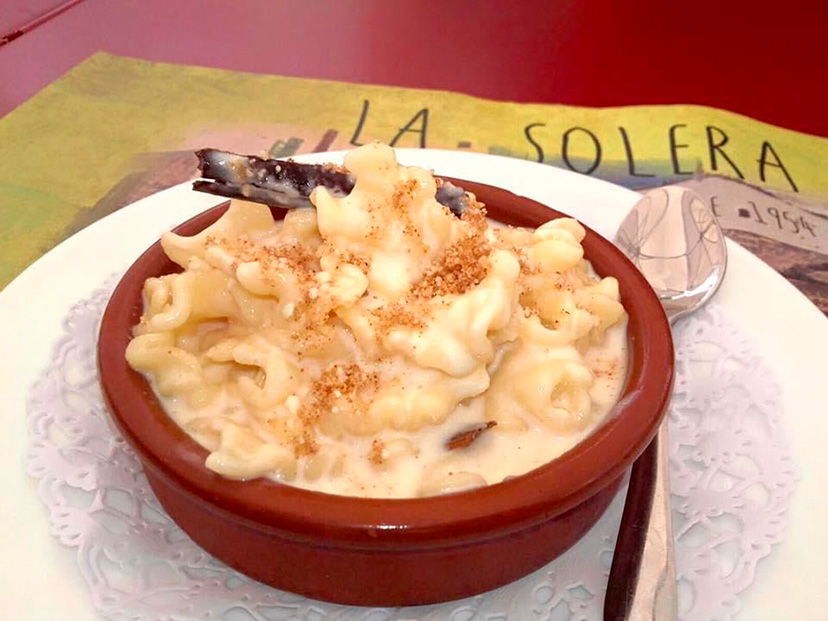 If you have never heard of this dish and are imagining just another typical pasta recipe, you are on the wrong track. The macarrons de Sant Joan are, in actual fact, a dessert. This comes as a surprise to many. Not only that, but despite their name, they are not made with macaroni – the Italian penne – but with a short type of pasta or burballa rizada which is boiled with water, oil and salt, and then boiled again in milk infused with cinnamon, orange and lemon peel, and sugar.

As is fitting for a summer dessert, it is left to rest after cooking and served cold, sprinkled with ground cinnamon and, in some recipes, grated cheese.

Like the flaó, greixonera or orelletes, it would be difficult to find a similar dessert in the rest of Spain, although for some it is reminiscent of rice pudding, nevertheless the texture is quite different (as it has no rice starch) and the curly form of the pasta despite being copiously boiled, retains its original shape and remains separate.

It is the ideal dessert to round off a meal in Ibiza’s hot June afternoons when it is typically eaten, and you can find many island restaurants that serve it, especially those that have been awarded the seal of Eivissa Sabors, which attests to the fact that the dish has been prepared using local products.

In our Ibiza.travel blog we always recommend that, although the island’s cuisine is amazingly good, whenever you eat, you should ensure that you have a little room left over for tasting one of the many desserts that Ibiza has to offer and give your palate an extra special treat.