Land of inspiration, light and tradition, in the artists Narcís Puget Viñas and Narcís Puget Riquer, Ibiza can boast two of its most prominent artistic exponents. Throughout their professional careers, the Pugets portrayed on canvas and in photographs the daily life of the island in the early 20th century. These two artists have left us a legacy of the details, customs and life of the island that with its peasant farmers and the rich town dwelling ‘señores’, marked a clear division between the countryside and the city. The Puget museum is an essential visit if you want to discover the true peculiarities of a land that has remained authentic and true to its past despite modern times. 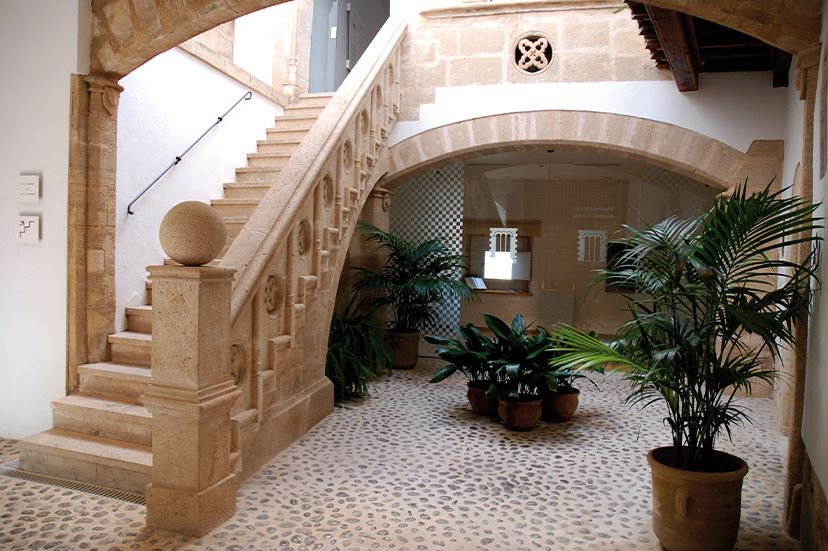 Shortly before his death, Narcis Puget Riquer bequeathed his work and that of his father to the State so that it could be permanently exhibited on the island. Since 2007, the legacy left by the Puget artists can be viewed at Can Llaudis (currently known as Can Comasema), an ancient noble house in the heart of Dalt Vila, the walled city, with its streets that are testament to centuries of history, and a heritage site.

Born in 1874, Narcis Puget Viñas was one of the first professional photographers on the island and with his lens he captured important social and political events of the early 20th century. He was also an impressionist painter, and his work was characterised by its detail and the depiction of the customs of island life, at a time when most of the population lived in rural isolation in the countryside, working their land. His work shows the influence of famous artists of the era who were his friends and colleagues, such as Joaquín Sorolla, Laureano Barrau and Santiago Rosiñol, evident in all his work which was mostly painted in oils. The Museum exhibits about 70 works, both oil paintings and drawings, which tell the tale of early twentieth century Ibizan society.

In contrast, the works of Narcis Puget Riquer present a more modern depiction of daily life on the island. The work of this artist consists of numerous water colours and drawings of places, streets, the surroundings and people of Ibiza, showing the transition from rural society to a more urban and modern one.

The permanent collection of these two local artists can be viewed all year round, often with the addition of temporary exhibitions showing the works of other artists with an Ibizan theme.

Visiting the Puget Museum has the added bonus of discovering the interior of one of Dalt Vila’s noble houses, a former palatial mansion built in the 15th Century by the Llaudes family and which is a perfect example of the island’s civil Gothic style. It is one of the most famous buildings in Dalt Vila and wending your way up the steep streets leading to the top of the walled city makes the visit even more enjoyable. The refined architectural style of the old mansion leads you into a two-storey building with a basement, and it still retains many interesting and significant elements, such as the main entrance, the interior rooms, the balconied staircase or the beautiful interior patio, and the huge windows that look out on to stunning views of the port of Ibiza.