In an island famous for its music, the instruments of popular culture offer a unique sound that is rooted in Ibizan folklore. The island’s traditional sounds are based on percussion and wind, and wood is the raw material that provides the inspiration and ingenuity of the instruments that play the music for traditional dances, religious celebrations and festivals. The drum and flute or “flauta” and castanets are simple instruments, made by craftsmen with consummate skill and an attention to detail that makes them real works of art. 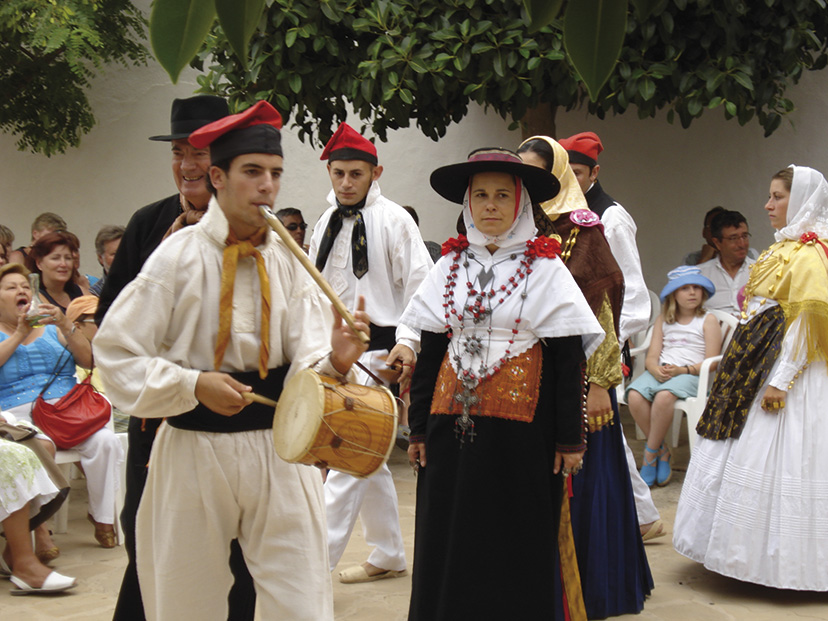 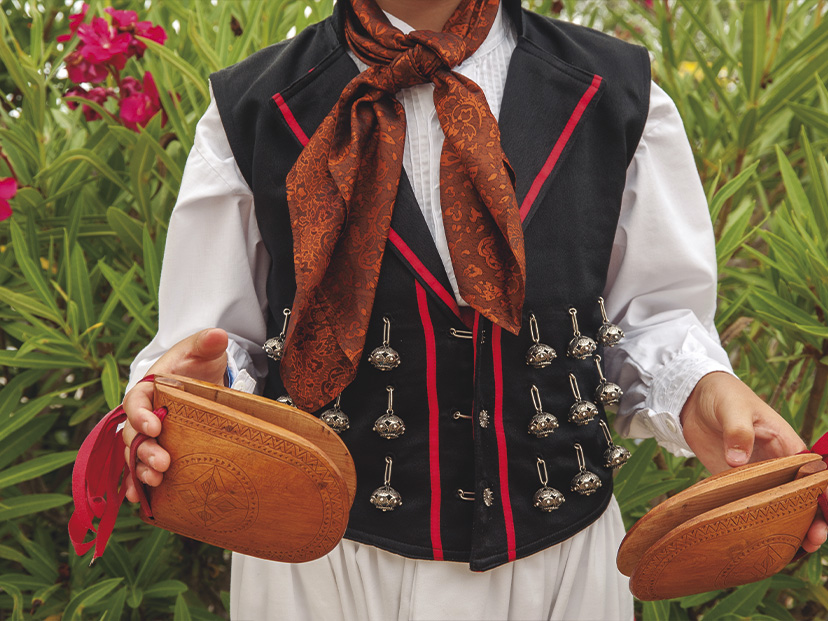 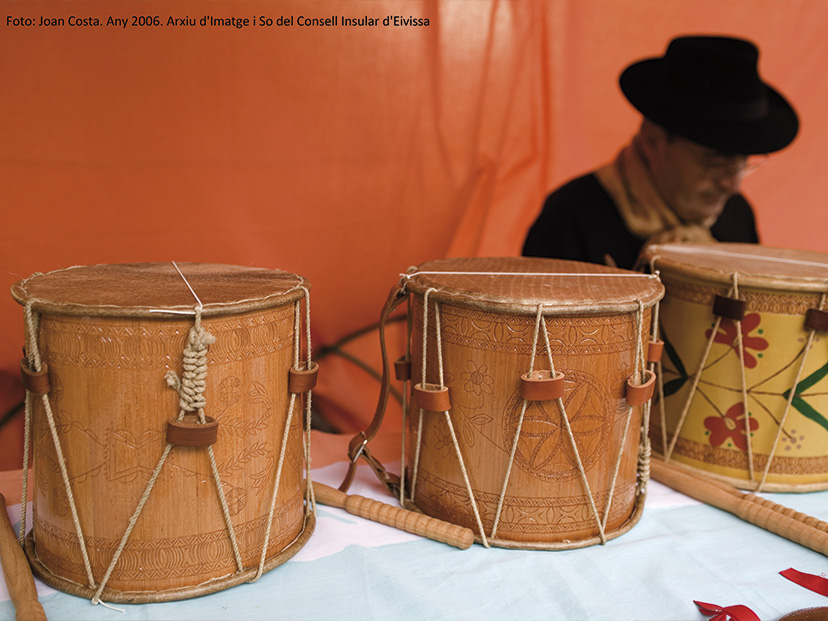 The drum, which marks the time for these melodies, is made from pine, a tree that must be felled during the waning moon at Christmas, or in July and August. Each drum should be 20 cm high and 20 cm wide. When the trunk has been cut down, the interior is hollowed out, leaving a wall about five millimetres thick, known as the “riscla,” and this is usually decorated with plant motifs and geometric forms. The drum membrane is made from kid, lamb or rabbit skin, and is circular in shape and sewn onto the wood. The instrument hangs from the drummer’s arm by a leather strap, sewn onto one side of the drum, and it is played with a “tocador” or oleander wood drumstick.

The “sonador” or drummer also plays the flute or “flaüta”, a wind instrument made from hollowed out oleander wood, which has just three holes. Like the drum and the castanets, the body of the “flaüta” is usually engraved with different decorative designs. The particular sound emitted depends on the intensity of pressure of the fingers and how they are placed over the three holes, and it provides the tunes for traditional dances or at fiestas when the “sonadors” are called to play. The melodies played on the flute are known as “sonades” or “gaites”.

Castanets are a striking feature of Ibiza’s musical heritage, given their large size and particular sound that is a constant in any folk music and dance display on the island. The castanet is formed by two clappers made from juniper wood and joined at the top by another piece of wood known as a “badall” which serves to separate the two halves of the castanet, and to facilitate the movement that makes its characteristic sound. It is one of the biggest castanets in the world, each one measuring between ten and fifteen centimetres in length. The instrument is tied to the player’s hand with red ribbons known as “vetes”.

Most of the popular Ibizan melodies are traditional dance tunes with the drumbeats marking the time, accompanied by the flutes and the castanets. This type of music differs from that composed for religious celebrations, the “sonades de missa” or celebrations with family or friends, known as the “xacotes pageses”.